Starting a business is hard.

That might be the most obvious statement ever typed, but there it is. Starting your own business is not an easy feat. It takes money, logistics, paperwork, licenses, applications, equipment, supplies, inventory, and advertising.

It also takes other people. You can’t do it alone and honestly, you shouldn’t do it alone. There is a sweet community of people that will gather around you and cheer you on every step of the way. As Kriste from Rosemary & Thyme says, they’re you’re Love Tribe.

My parents have always been members of my Love Tribe. Everyone, meet my Dad. 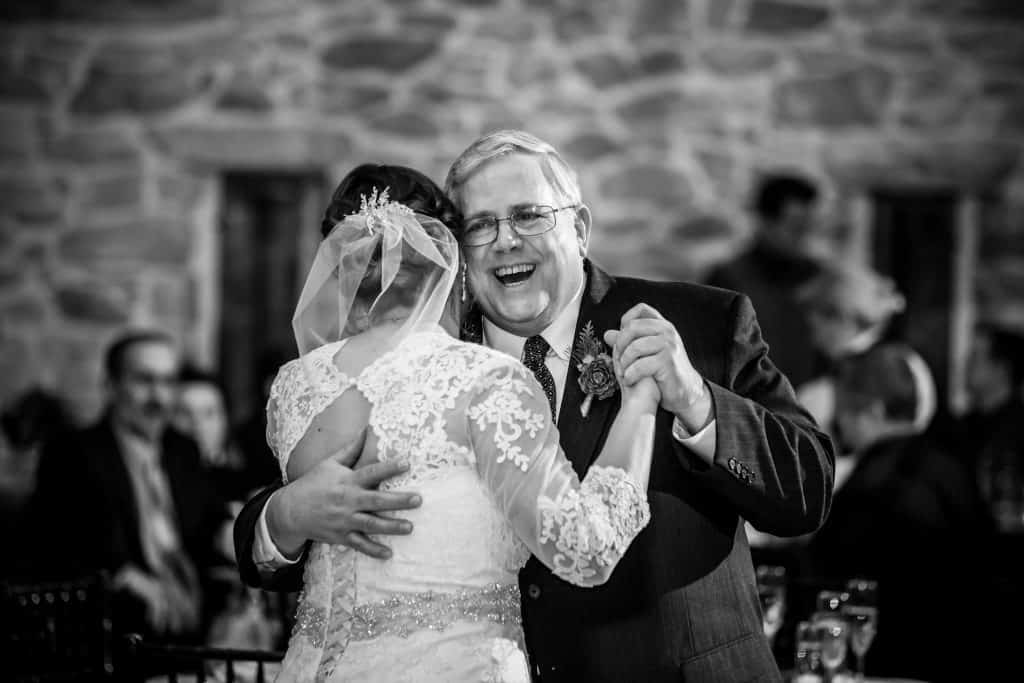 My Dad would help me go pick up pieces of furniture that were too big to fit in my Honda Civic.  He would help me shuttle pieces to and fro when I needed him.  He still comes over to help me while Marc is at work from time to time.  He’s always been my biggest cheerleader and is still rooting me on.  As a matter of fact, we just did a delivery earlier this week together.

My Mom goes on spur-of-the-moment shopping trips with me and listens while I ramble on and on about the gorgeous trim work on that table, the dovetail joints in that dresser, the barley twists on that plant stand, and other features of prospective furniture pieces.  We look alike and our similarities go even deeper.  She has a heart of gold and in those moments when I doubt if I really have what it takes, she reminds me that I do. 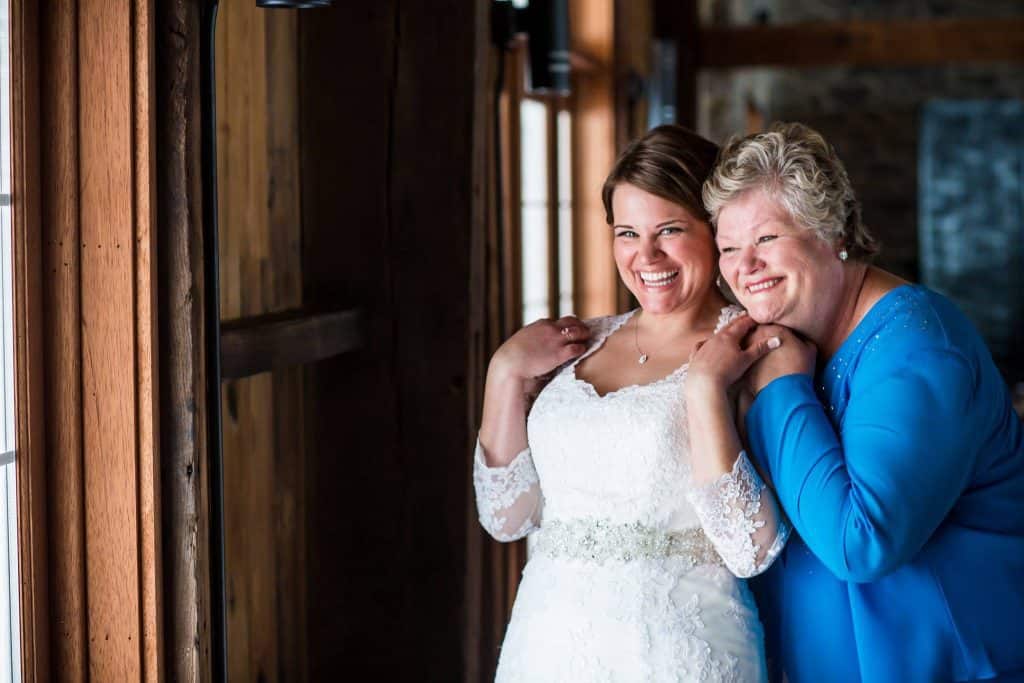 Before I got married, my parents were my main support system.  They helped me move out of their home, establish myself, and encouraged me to keep going with my furniture “thing”.  (That’s what it was around that time.  Just a “thing”.)

It wasn’t until I got married almost one year ago that starting Eight Hundred was made possible.  (More on why it’s snowing on our wedding day later.) 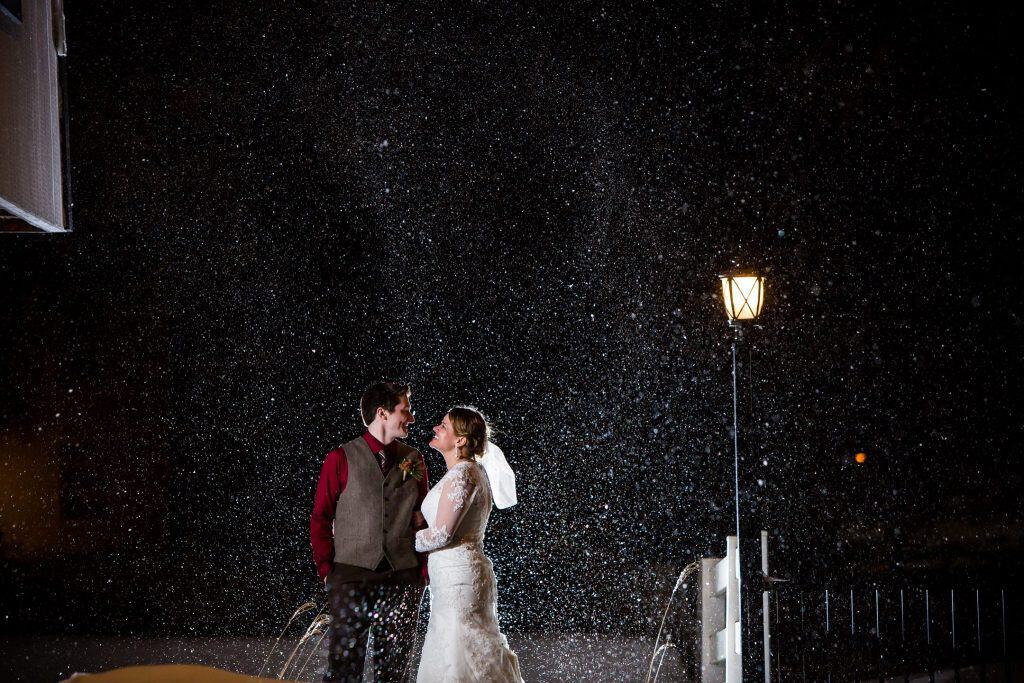 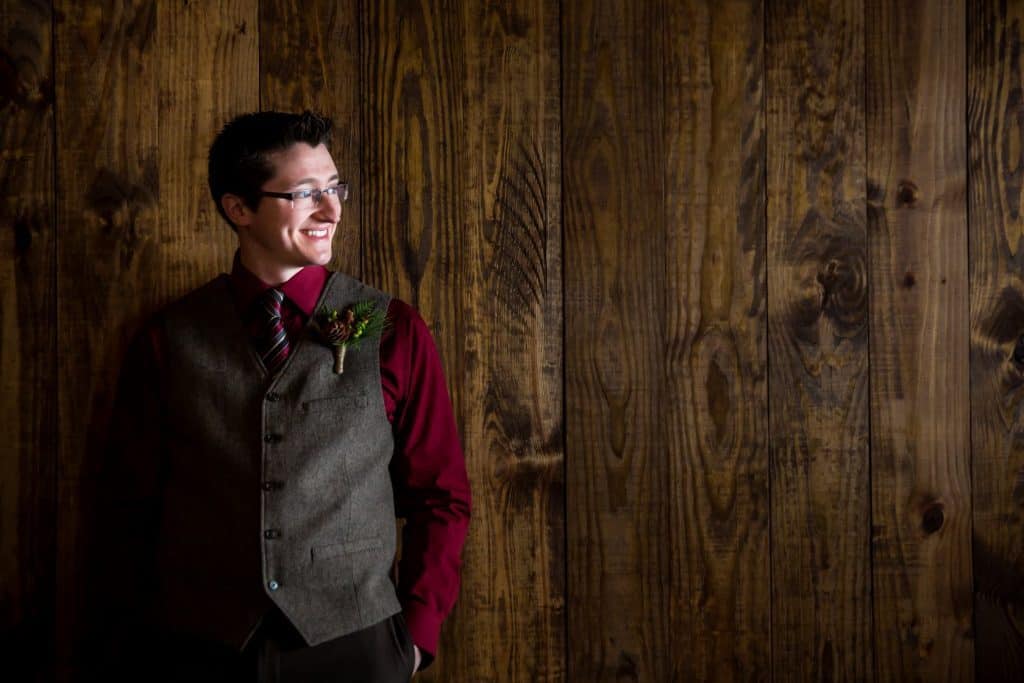 Marc and I grew up about 7 minutes away from each other and never met.  We went to the same elementary, middle, and high school.  We even went to the same college!  We’re two years apart so that is the main reason why we didn’t meet, but that’s probably a good thing.  Marc was shy around girls and I was abrasive and immature when I was younger.  It wasn’t until I became a Christian in college that I began to soften up and become who I am now.  If we had met, we probably wouldn’t have liked one another very much, so it’s fortunate that our first meeting happened years later at a local rock climbing gym.

Yes, you read that right.  A rock climbing gym.

About 30 pounds ago…cough, cough…I mean five years ago, Marc and I were introduced to one another by a mutual friend.  We just happened to be climbing at the same time and that was all it took.  After that point, we starting hanging out and it became clear that we were perfect for one another. 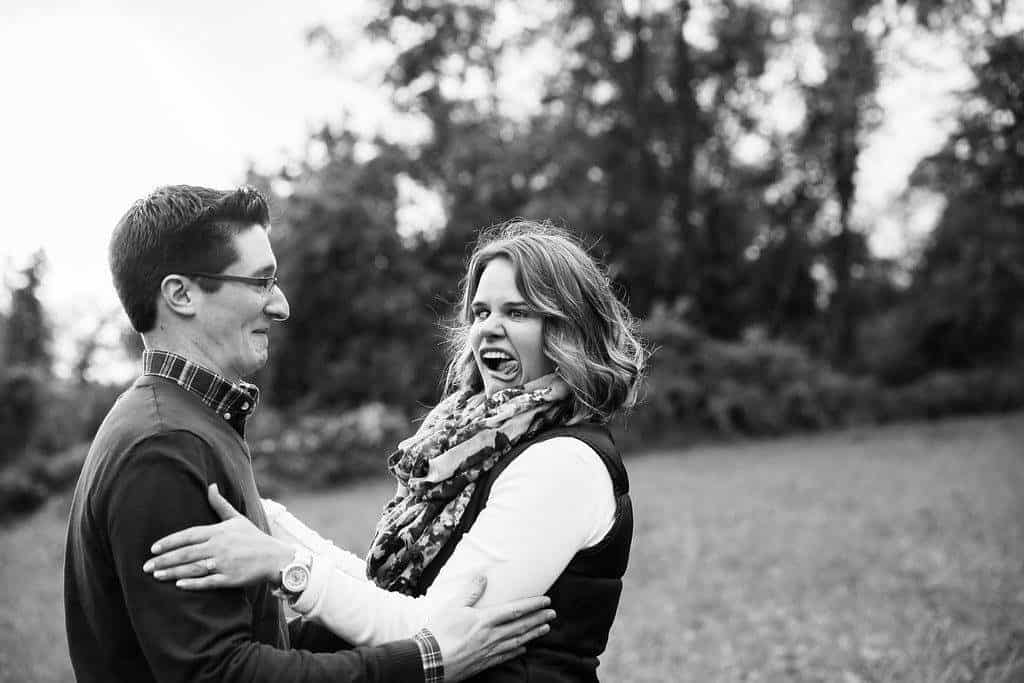 We’re serious from time to time, but for the most part, we live to make the other person laugh. 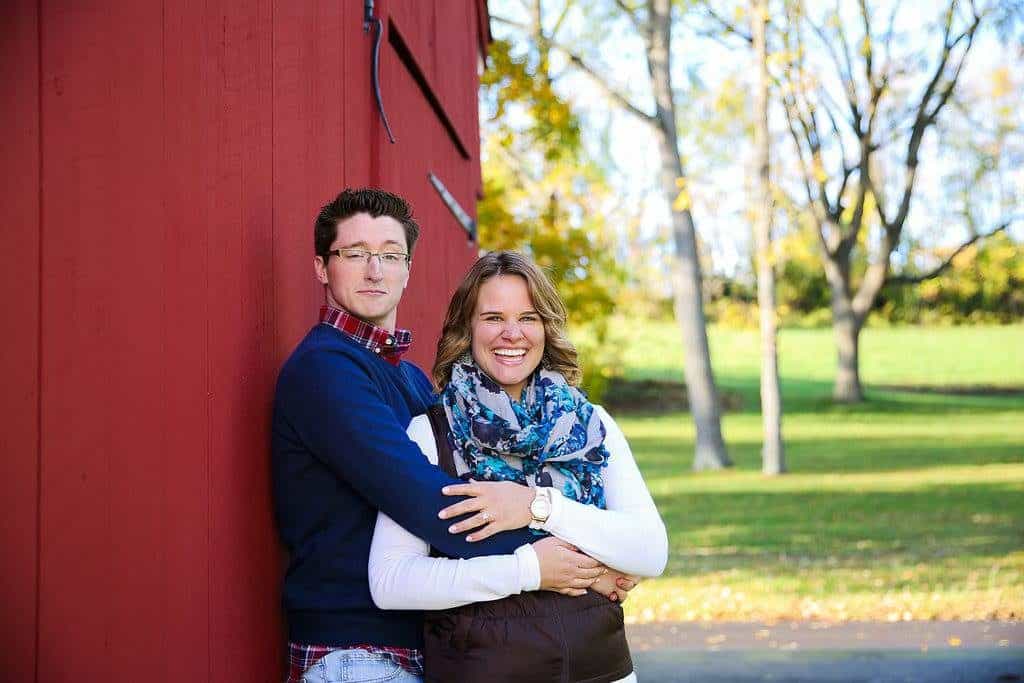 Marc proposed to me in the town where my grandparents used to live.  It holds a special place in my heart and it was the only spot where I wanted him to ask me to marry him.  We took a trip down there so I could wander their old property and reminisce.  I had an idea that something was up because Marc was super nervous.  I had a feeling he was going to propose, but I didn’t know exactly where.  We came upon a bridge that spans a gully overlooking the Chesapeake Bay.  We set up a camera on a bridge to take a photo of the two of us. 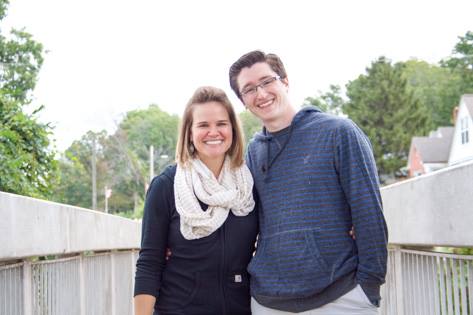 We took this one and it looked good but Marc wanted one more. 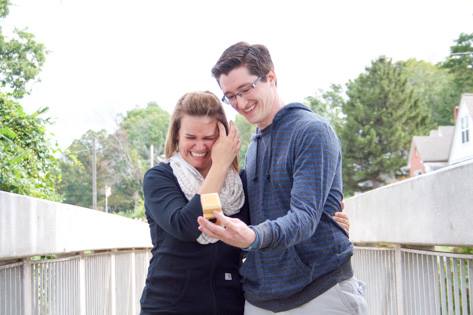 Can you see why? 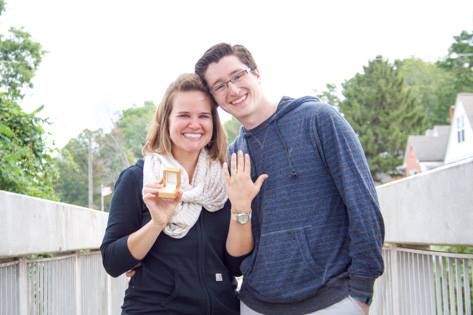 Here’s a close up of my ring.  It’s rose gold with a champagne sapphire in the middle.  So pretty in pink! 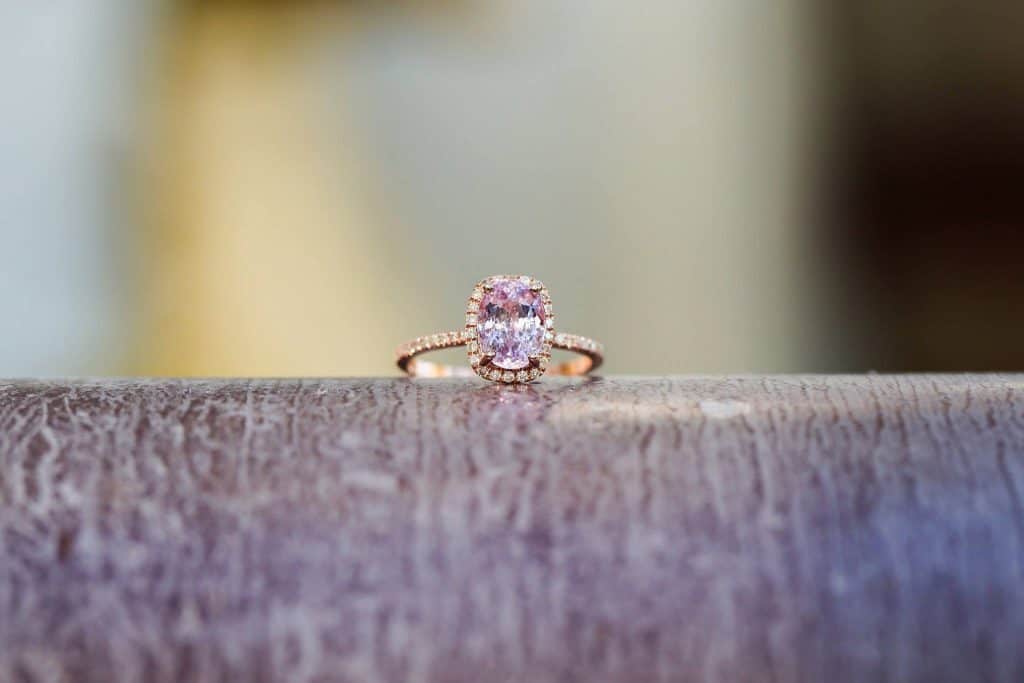 Four months later, we were all set to get married in January 2016.  Little did we know that a monster blizzard was scheduled to hit the east coast and 2/3 of our invited guests weren’t able to come, including my own sister who was expecting twins.  It was a stressful day for everyone, especially me.  I’m not going to lie and say I didn’t cry a few times, but we wanted everyone to be safe more than we wanted everyone at our wedding.

Oh yes, dear friends, that’s our venue on the big day.  That blizzard was no joke.

Despite the inevitable low turnout, we still had a total blast with the folks who were able to make it in the day before!  EVERYONE pitched in.  Friends became ushers.  One friend even Periscoped our wedding so guests at home could tune in during our ceremony!  Bridesmaids became hair and makeup artists. 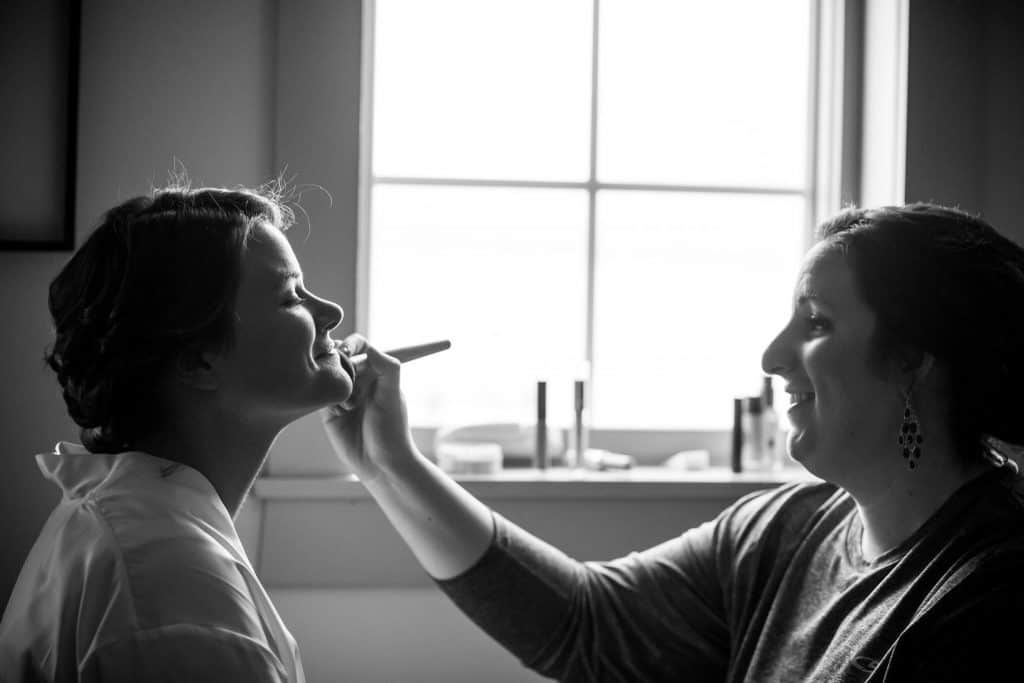 I serenaded everyone with the hairspray. 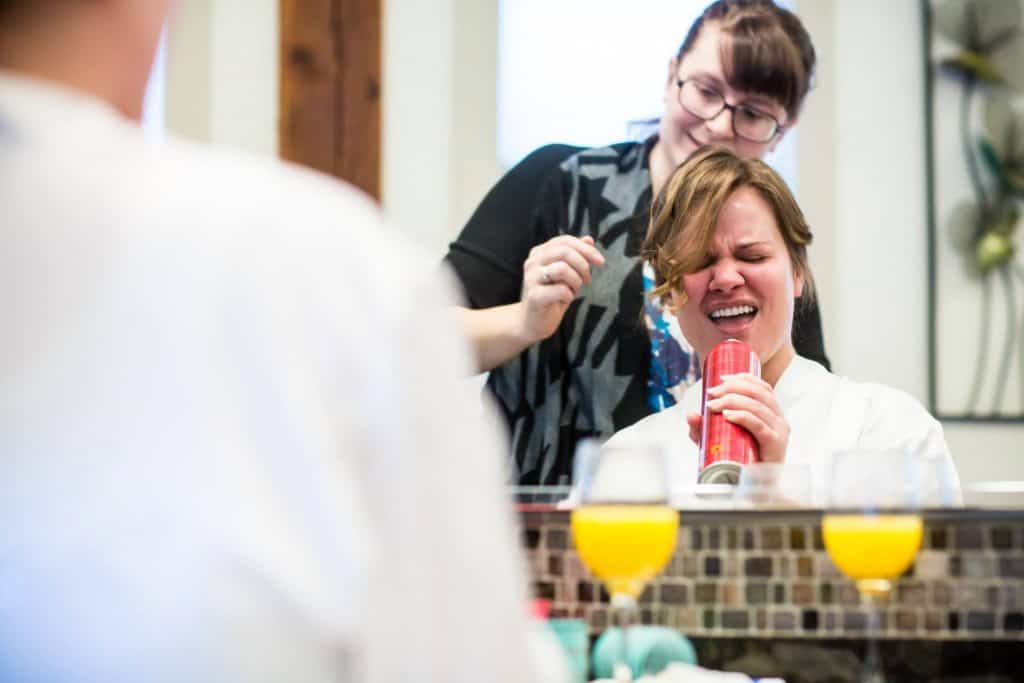 And the dance floor was the place to be. 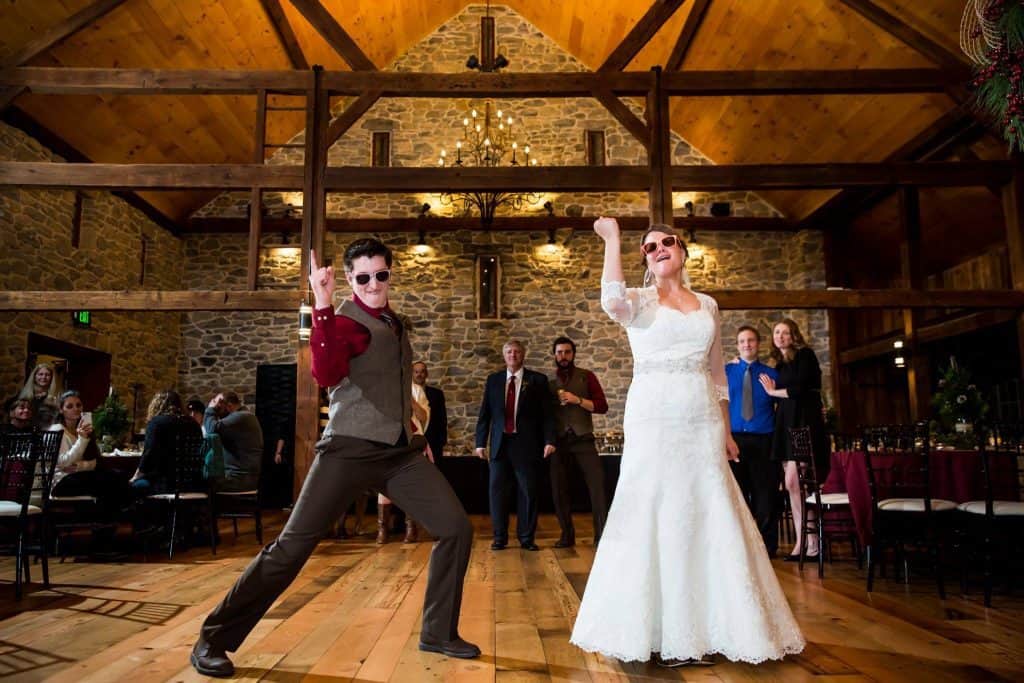 Guests that had pickup trucks shuttled folks to and from the nearby hotels and the venue staff worked literally all day long shoveling and plowing snow.  By the next day, I had a new niece, a new nephew, and a new husband. 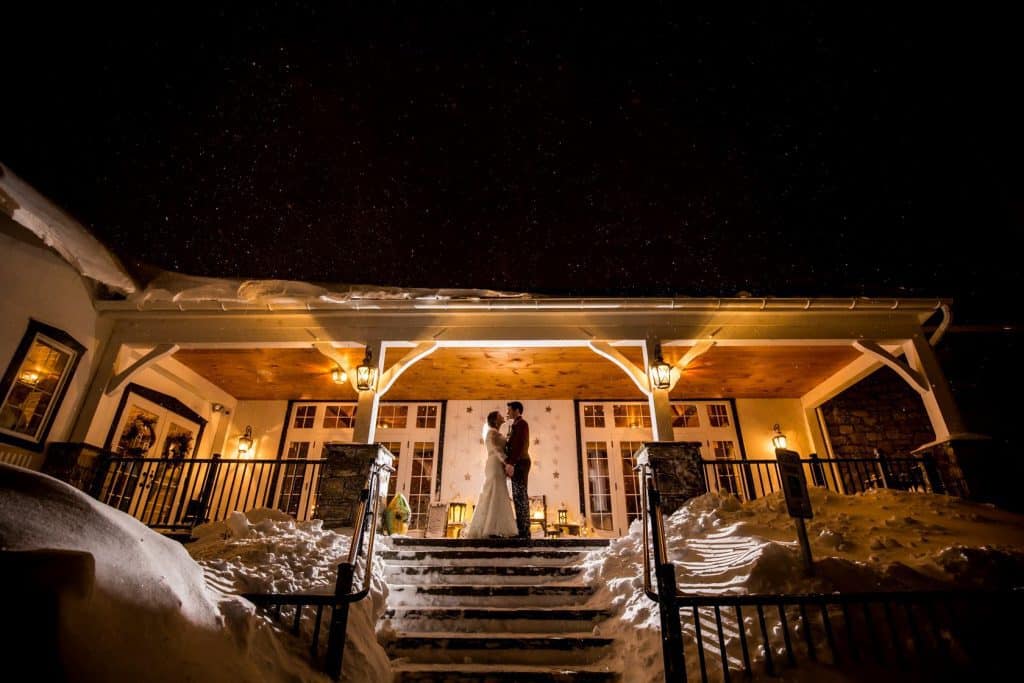 Marc and I honeymooned in Canada.  Believe it or not, we had better weather in Quebec City, Montreal, and Toronto than we did in Pennsylvania! 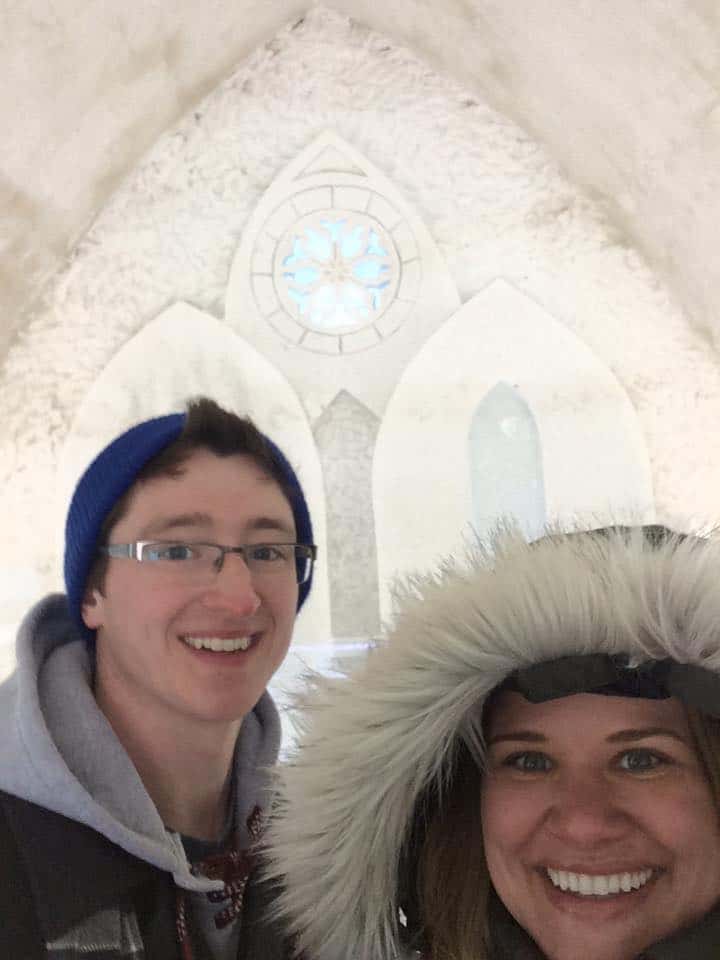 After we were married for 6 months, Marc and I decided that it was time for me to quit my job in education and focus on doing furniture full time.  He selflessly allowed me to pursue my dream and has been at my side ever since.

He hangs in there while I go gaga over antique dressers and crusty doors.  He never complains when I say, “Just one more store!” 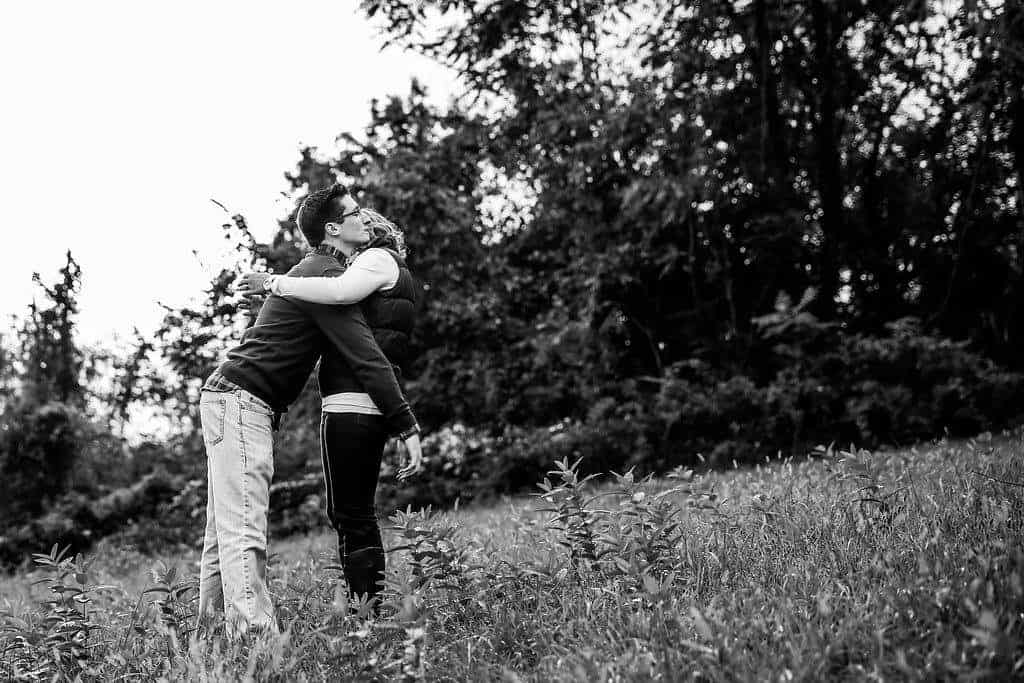 He helps me lug furniture up and down the stairs in our second floor apartment.  He teaches me about money, finances, budgeting, and responsible spending.  He grounds me and keeps me anchored. 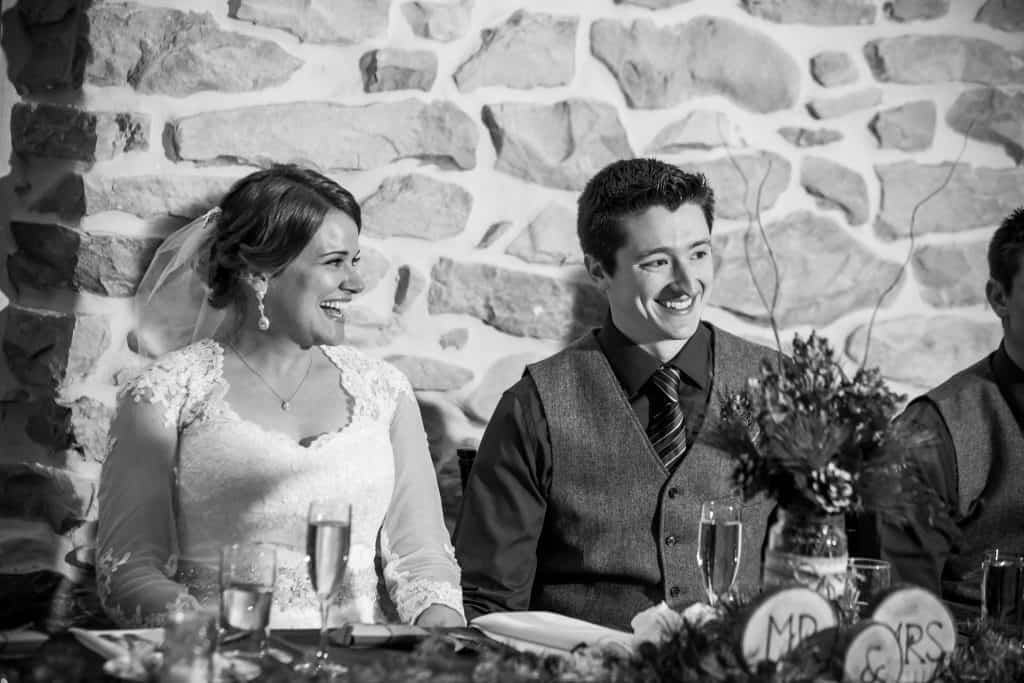 It is 100% true when I say that Eight Hundred could not exist without him.

We’re coming up on our one year anniversary and our first year of marriage has been wonderful.  It hasn’t been perfect and we definitely have our own individual struggles, but we challenge one another to grow in the areas where we are weakest.

So as I’m approaching my 6th month of being in business and my first year of being married, I thought it was only fitting to say thank you to my Eight Hundred family. 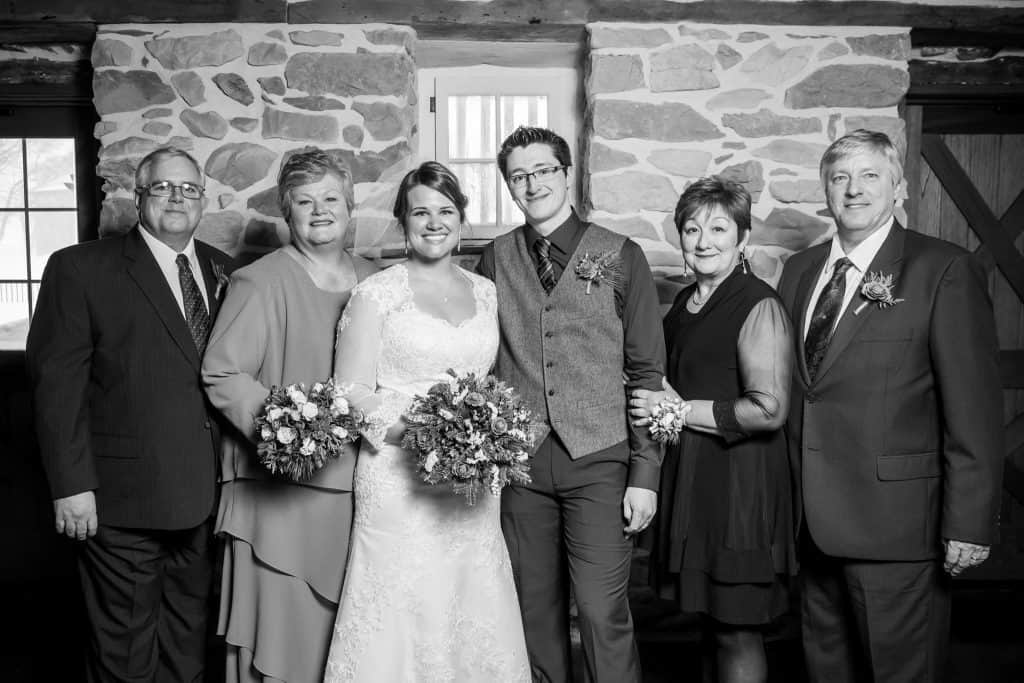 It truly takes a village to start a business and I wanted to show you mine.  Eight Hundred wouldn’t exist without them and I couldn’t love them more.

Previous Post: « The Benefits of Being in an Antique Market
Next Post: Milk Paint vs. Chalk Paint »

Usual I’m all about bright and airy 😎 The li

I almost decided not to share this one on the grid

There’s only one way to get better at something,

What are you creating today? ☺️ #jenniferbake

I almost decided not to share this one on the grid

There’s only one way to get better at something,

What are you creating today? ☺️ #jenniferbake